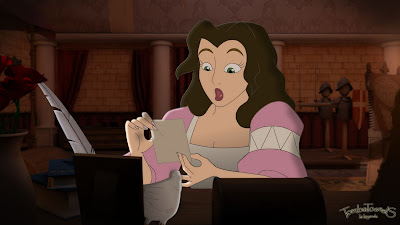 Giants The Legend – Spanish animation film will be released later this year. It is a feature film directed by Manuel J. Garcia, known for his creations in the world of animation. With over 25 years experience in the animation industry, Manuel has worked for major studios such as Hanna-Barbera, Universal, Disney, WB, etc.. Currently Manuel is working on two feature films and two animated series.

Bujor Stefanescu, a Romanian-born animator worked at Giants The legend. Harrald Sieperman animator is the one who conceives the characters for this animation movie. He has also worked on animated films like Roger Rabbit, Mulan and Tarzan. 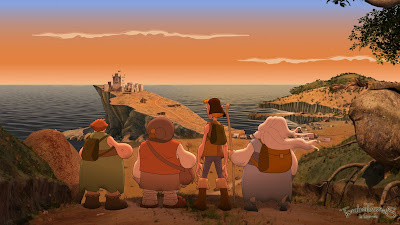 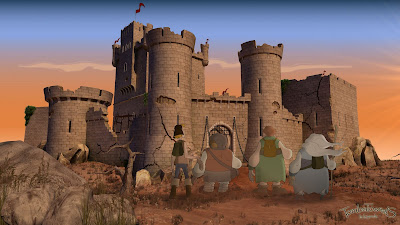 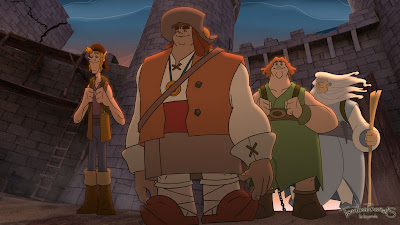 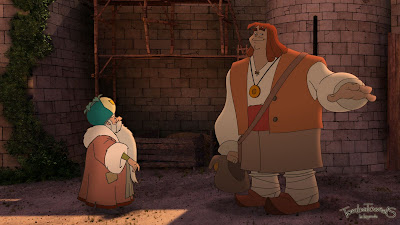 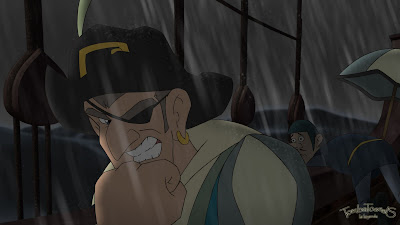 Giants The Legend is designed by Nereida studio.

Daniel Todoran-Rares: I understand that the Giants legend production was completed. Congratulations! What is the new animated film about?

Manuel J. Garcia: It’s a thriller based on mythological opera intitulada TOMBATOSSALS dedicated to children. The story tells how some giants helped a kng to rebuild a fallen kingdom and to regain the old splendor. It has ingredients that make it attractive to children visually, with giants, princesses, princes, kings, sirens and of course a „bad” character – a Count called Garxoli.

Daniel Todoran-Rares: It’s true that cinema film had a budget of 6.8 million? Was sufficient for completion of the film? Who funded this movie?

Manuel J. Garcia: I started with this budget, but at the end of the production budget was reduced to 4.5 million. It is a co-production with Radio Television Valencia, subsidized by IVAC (Valencian Institute of Cinematographic Arts) and funded by the private sector.

Daniel Todoran-Rares: In this production were involved 400 people from around the world? Have you worked with Harrald Sieperman too? How was working with him and the rest?

Manuel J. Garcia: All the characters in the film are made by Harald Siperman, known as a creator from the Disney studios. I also had the pleasure to count on the collaboration of Roxanne Ducharme – a prestigious and renowned Canadian artist who created various scenery (backgrounds). Working with both was fantastic. It was a professional pride working with them.

Daniel Todoran-Rares: What can you tell about working with Romanian-born animator Bujor Stefanescu? By the way, what do you know about Romanian animation?

Manuel J. Garcia: I know Bujor for many years. I worked with him on several projects. Bujor is a tireless worker. He adapts to any type of production with a lot of professionalism.

I do not know much about Romanian animation, I know some studios in Romania, but nothing more.

Daniel Todoran-Rares: Returning to the feature film Giants The Legend, what can you tell about the animation style?

Manuel J. Garcia: The style is classic, 2D, but the sets are made in 3D. I think we managed to get a interesting visually blend and we are very pleased with the outcome. 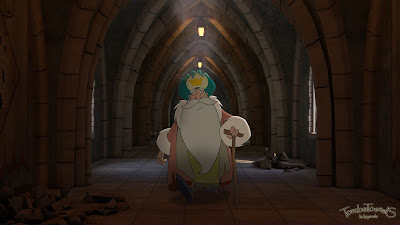 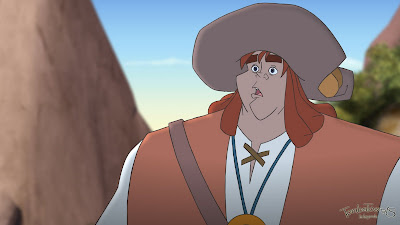 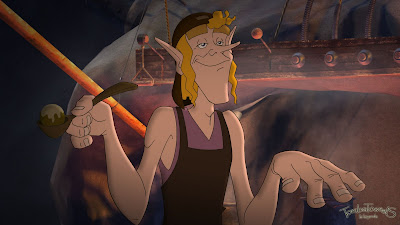 Daniel Todoran-Rares: When it will be released in theaters?

Manuel J. Garcia: It is scheduled to launch in Spain at the end of 2011. Packers MEDIA Canadian company will manage all international sale of the animation film. RIALTO FILMS will distribute our film throughout Germany.

Daniel Todoran-Rares: Are you currently working on other animation projects?

Manuel J. Garcia: Yes, we work, we can not stop, we have to continue, creating and developing new things. Animation projects need alot of time and money, sometimes take years to finish one. At the moment I am working on the preparation of two new feature films and two animated series, some of these projects will be official presented to NARTE in Miami in January of 2012.

Manuel J. Garcia: I think there is room for everyone. Contemporary animation is like a box of canned without shelf. If you have a good script and a good quality, everything works. Each story or each product must adapt to the style that fits, for example I do not see the Giants in 3D like Shrek.

I’ve always seen the character animation as an classic animation. Animation crisis affecting the world and Spain is no exception. In Spain there are a lot of talent. They do good things in animation, but I think we continue to sin in scenarios. For me it’s the perfect cocktail to mix Spanish talent and quality with Anglo-Saxon scenarios.

Manuel J. Garcia: These sets the rules for the animation series all around the world. Have the power to sell whatever they want and launch a successful product from scratch. Personally, I think they should take risks and support more independent professionals and their ideas.

Daniel Todoran-Rares: What does the animation meen for you?

Manuel J. Garcia: For me, animation is my life, I would not know how to do something else. We have more than 25 years in this industry, I worked for all major studios, such as Hanna-Barbera, Universal, Disney, WB, etc.. To create something from nothing and then to see it realized on the screen cinema or TV channel is something hard to explain, is a culmination of a won battle, to say that I feel like a victorious warrior who returns to his castle looking for new battles.

Daniel Todoran-Rares: Your experience as assistant animator on Asterix series help you to the Giants the legend? Are there a lot of adventure, such as the Asterix series?

Manuel J. Garcia: My professional experience made me go through all stages. I think I know all the animation process – from beginning to end. I can promise that there is no boring moments in Giants. I am delighted for the animation script.

Daniel Todoran-Rares: What animated movies do you like? There is a movie that influenced your career?

Manuel J. Garcia: At the time I had a great influence Disney short film, THE OLD MILL (1937). I thought it was an authentic work of art has aroused in me the interest in animation. Then, without a doubt I should call the Prince of Egypt, El Doraddo, with a similar style to the Giants. Now, for me, the work that inspires me is Cars by John Lasseter – an animation genius, the ideas and the staging is simply brilliant.

*The interview was conducted with the support of Bujor Stefanescu – Romanian-born animator.