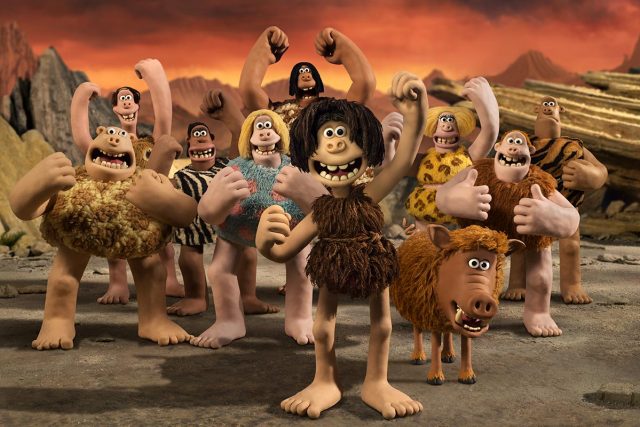 Aardman’s latest film, “Early Man”, is about football. Proper football, the one Americans like to call soccer for some reason.

I just thought I’d get that out of the way as soon as possible, because your enjoyment of “Early Man” probably has a lot to do with how you feel about this particular sport. Not only are there a lot of football-related jokes, but also the entire plot revolves around a football match between cave people and a more advanced, Bronze-age community who wants to steal and exploit their lands. If you absolutely can’t stand football, you may want to skip this one.

Personally, I’m OK with football, but far as sports films go, “Early Man” hits all the expected beats: there is a training montage, the champions are overconfident, the underdogs are often discouraged but manage to go from zero to proficient in no time- and so on, and so forth. Don’t expect Aardman to do something bold and subversive with the genre here; you’ll be disappointed. Also, if I dare say, this is probably not the best political climate in which to release a story with a French-accented villain.

The movie’s strengths, however, are all very Aardman. First of all, this is a pretty funny film, with old jokes, new jokes, puns, visual gags as well as that particular Aardman flavour of poking gentle fun at everything British. (“I haven’t laughed so much in a cinema in a long time!” said my viewing companion.)

It also looks great and simultaneously extremely odd, as usual, with ugly-cute character designs, lovingly handmade, on which you can literally see the fingerprints of the animators. CGI films are all trying to look like Pixar nowadays, but nothing else looks like Aardman.

In the pantheon of Aardman movies, “Early Man” is, frankly, a minor effort compared to “Chicken Run” or “Curse of the WereRabbit”, but even a minor Aardman effort is still quite good.