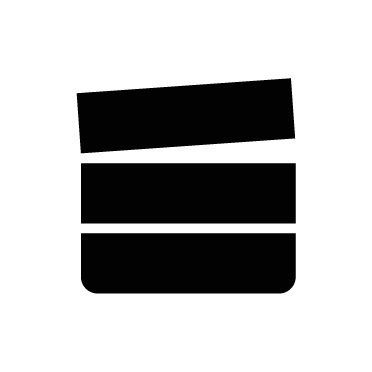 Like many other cultural events, the Encounters Short Film Festival, usually based in Bristol, has gone online in this year of the pandemic. It’s a bargain: £10 for a pass which allows access to hundreds of short films on the festival’s on-demand platform (https://watch.encounters.film/), plus filmmaker panels, interviews and masterclasses. The festival started on 18 September and it’s running until 11 October, so you can still buy a ticket and watch some films yourself. If you’re looking for recommendations, here are some animated shorts that caught my eye:

What’s it about: A hedgehog longs to be close to a balloon. A penguin and a polar bear drift apart. Two oysters struggle to communicate.

Three stories about love, compromise, communication and other complicated issues, told through deceptively simple stop-motion animation with a lovely tactile quality. Changing yourself to please a partner, letting go, being taken for granted, missed opportunities- all of this and much more, in a wordless animated short film about penguins and hedgehogs, now that’s efficiency in storytelling, and doing a lot with very little. A quietly heartbreaking little gem.

The Grave of Saint Oran (directed by Jim Batt)

What’s it about: As the legend says, Saint Oran agreed to be sacrificed and buried on the island of Iona so that a chapel could be built above his grave. …Or did he?

You can’t really go wrong with a creepy Neil Gaiman poem about ancient saints narrated by Gaiman himself. What’s it really about? There is plenty of symbolism on life and death and renewal to be dug out (sorry!), I’m sure, but the tale can simply be enjoyed for how bone-chilling it is. Saint Oran’s warning from beyond the grave that Heaven, Hell and God are not „what we imagine” works in equal part as existential horror and religious commentary. The paper stop-motion animation is beautifully crafted and the character designs remind me a bit of fantasy and sci-fi European comics I grew up with, for some reason.

The Box (directed by Marie-Pierre Hauwelle)

What’s it about: An anxious young woman receives a mysterious package in the mail just before embarking upon a trip. Who’s it from? What’s inside?

Anyone who has ever suffered from anxiety knows how easy it is for catastrophic thoughts to spiral out of control, and this film offers a funny but accurate view from inside the anxiety spiral. The humour of the script and the cute design of the cut-out animation keep things light-hearted, but the setting is nonetheless a contemporary environment in which the scars of recent terror attacks in Europe are widespread and very visible. Ultimately, the film seems to make the point that we are all, as a society, just one step away from descending into generalised panic, and it doesn’t take a lot to push us over the edge.

Matilda and the Spare Head (directed by Ignas Meilunas)

What’s it about: A schoolgirl runs out of headspace for storing information, so her mother buys her an extra head.

This is a very amusing stop-motion film with a colourful, toy-like look, which was part of the Children’s Jury section of the festival. However, it does address a very real issue: obsession with school grades, and how it results in unbearable pressure on children, robbing them of some of their childhood joy. In the end, Matilda does manage to triumph against the absurdity of adults, and maybe this is why it’s a children’s film.

What’s it about: In a steampunk world inhabited by chickens, there is a lot of hardship, but there’s still a starry sky above, too.

I must admit I don’t have much of a clue about the deeper meaning of this film, which seems to be touching on a variety of issues such as class, immigration, conformism, propaganda and so on, conveyed not only through the visuals but also by a sarcastic poem-style narration. I was mostly impressed by its style, aesthetic and world-building, and also by its liveliness, in the midst of many animated competition entries that seemed to engage in sedate or overly experimental dead-ends in terms of storytelling and visuals.

The winner of the Animated Encounters Grand Prix, by the way, has already been announced and it’s the Channel 4 production „The Tiger Who Came to Tea” (director: Robin Shaw), an adaptation of the Judith Kerr children’s book of the same title.

This is a surprisingly mainstream choice for the festival, but I’m not complaining: it’s a solid film, sweet and enjoyable, while the tiger (with the awesome voice of David Oyelowo), even though friendly, remains vaguely threatening, a tea-time pal with an edge which keeps the film from being too treacly.