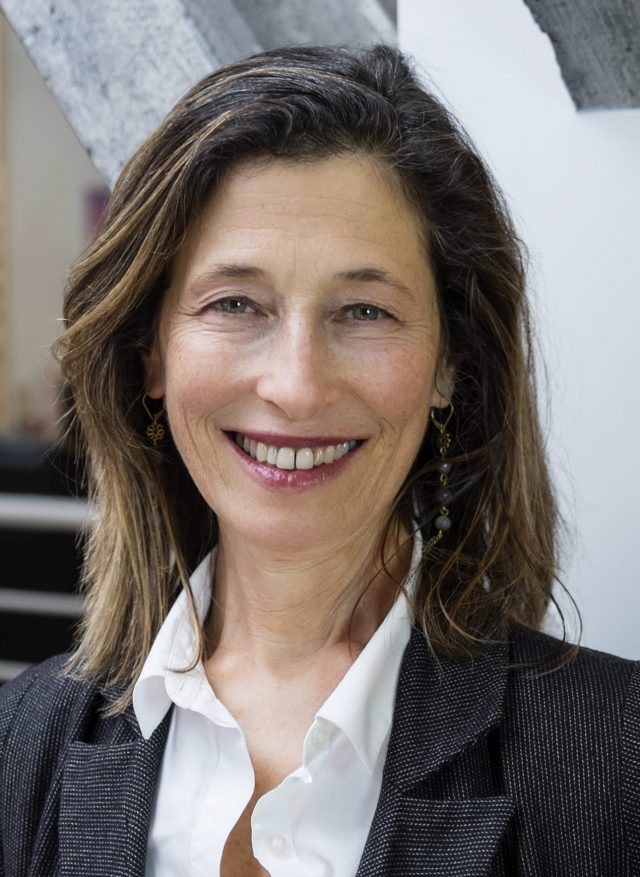 How would you describe the series?

The series follows the adventures of a dog called Mike. It is a comedic non-dialogue 3D animated show.

In terms of the storyline, Mike is a refined pug with sophisticated tastes. Every morning, he wakes up with one thing on his mind – how to impress the neighbour’s elegant dog Iris.

Sadly, his plans never work out as a bunch of interfering troublemaking racoons, turtles and a kitten have a surprising knack for showing up at the worst possible moments, dragging Mike into a series of unforeseen calamities. Mighty Mike features dogs, a kitten, turtles and raccoons. Are these the Mighty Mike team’s favourite animals? How did you decide which animals to feature in the show?

The team working on the show are in love with the raccoon Mercury because he is a bad guy who is also endearing, loveable and also funny. We love Fluffy because she is a super-cute kitten and innocently wants to play with everything regardless of the danger.
We chose the animals based on their relevant characteristics. We wanted the kitten to be cute and the raccoon to be mischievous – just as we imagine them to be in real life.

The two raccoons in the show are named Freddy and Mercury. Are you guys big fans of Queen?

Who isn’t? Yes, we love Queen. It’s a play of words and a bit of an in-joke but we were definitely inspired by Queen. We actually had no idea the biopic [Bohemian Rhapsody] was coming out when we starting production 4 years ago but there definitely seems to be a lifted interest in the band which works for us.

What led you guys to name the three turtles after the three Musketeers?

We were looking for an iconic trio, and the musketeers are obviously very popular in France and across the world. Curiously the characters are never referred to by their names because the show has no dialogue, they are only referred to as the musketeers on the nametags on their tank.

Is there any inspiration from Teenage Mutant Ninja Turtles with the trio of turtles in the series?

We love Teenage Mutant Ninja Turtles, we wanted to play on contrasts with the turtles. Everyone knows them as slow animals. It was funny for us to imagine that once the family is out of the house, the turtles climb out of their terrarium and practice sports all around the house. The idea was to play on contrasts and surprise the audience, making them behave a bit like ninjas.

What was the inspiration for the series?

We were very inspired by classic cartoons like Tom and Jerry, Sylvester and Tweety as well as silent films from the Charlie Chaplin era. We also took a lot of inspiration from internet videos of animals doing hilarious things.

How was the show created? What was the idea behind it?

A few years ago, our studio produced a non-dialogue cartoon with CGI animals called Oscar’s Oasis. We loved working on that kind of show. But since then, the technology has evolved and now it’s possible to create a character that looks almost completely real. Mighty Mike feels like it’s part of a new generation in that sense.

Who created the show?

[Franz]: Guillaume Hellouin, the CEO of TeamTO, had the original idea of a photo-realistic pug who would be the star of a show that would feel a little bit like Tom and Jerry. Corinne and I came in to help flesh out the ideas, the characters and the world around them.

So, kids all over the world will be appreciative of this and will like this?

I think this show transcends culture because it’s about animals, in a house… it could basically be anywhere! These days, kids are used to watching short video clips, and the format of Mighty Mike suits that preference well.

Do you see elements from your family in the show?

[Franz]: I have got some anecdotes from my own one-year old daughter, Nina. She inspired me for developing the behaviour of Fluffy the kitten. First of all, she is super cute. She also likes to play with everything and is completely unaware of any danger – which is exactly like Fluffy!

This will appeal mainly to young viewers. How have the fans or the young people who have seen the show responded so far, to Mighty Mike?

[Franz]: Their first impression is to find the animals really cute. There is a very realistic look to the show and there’s fur everywhere! Often, the first impression is to say “Awww! They’re so cute!” Then they get into the story and the adventures, which make them laugh a lot. It’s also interesting to us that people seem to really care about and empathise with the characters. The feedback so far is really good, and while its primary audience might be children, it is intended to make the whole family laugh.

[Corinne]: Yes! After all, who doesn’t love to watch pets doing silly things on TV?

In this series, we’re doing 78, seven-minute episodes and all the shows will be completely ready in a few months. But in the meantime, you can start watching on Boomerang already!

How long did it take to develop the series?

We started to develop the series in 2015, this is when we first started to think about the characters and their world and really develop our ideas. The official production started in 2017 for Mighty Mike. The development process was definitely longer than the production.

Will Mike get ever get a chance with the neighbour’s dog? Will there be any kind of romance?

[Corinne]: This is the main question. Their relationship will evolve through the series. This is very funny to see as of course in the beginning we wonder – Iris seems a little shy. During the season you see she becomes friendlier with Mike and the rest of the group.

[Franz]: But we don’t want to spoil anything of course!

What is the funniest part of this TV series? Which episode do you like the most?

[Corinne]: We laugh so much when we review the episodes internally, every time we see a new episode we think ‘ah this one is my favourite!’.

[Franz]: There are so many surprises. There is an episode where Mike inflates himself with helium, this is a very impressive episode and I really like this one.

What would you like the audience to take away from the show, are there any life lessons?

[Franz]: The lesson is to never give up. Mike is a tiny dog and not as strong as the racoons but he always wins – he never gives up and is smart.

But the show is mainly about fun and laughs.

[Corinne]: It’s a show to enjoy with everyone, grandparents, sisters, brothers and parents. It is a great family show.

How did you choose the sunny villa for the backdrop of the story?

This villa is designed by an architect and we worked with a set designer who works for feature films and animation. We wanted a house that looked very nice and sophisticated so that we fear for Mike when we see the mess that unfolds in each episode. We know that it will be terribly funny when the owners come back and see the mess!

The animation is fantastic, what inspired you to use this form of animation?

We use a special piece of software called Rumba that is being used in animation for the very first time on Mighty Mike. It allows us to experiment movements in real time and is very intuitive for our animators, so it is very exciting for us. The technology makes it possible to combine our love for cartoons, slapstick comedy while making it look authentic.

We were also able to play on the contrasts of real looking animals in situations that are completely unrealistic.

Can you talk us through the animation process?

First, we begin by writing a physical story then we give the words to a storyboarder who turns the words in to images. It’s similar to a comic strip which helps us to view the story. From there it is transformed to a 3D layout, in this stage we create puppet-style characters and move them around a background so that we can understand the movements of the characters.

Once the layout is done, we move to animation. The animators animate the characters to be in line with the story board. We then render and add lights to the scene, this is where it gets very technical. We check all the colours, the lighting and the movements of all the characters and backgrounds, it is in this process that the animation really comes to life. The rendering is usually the part that takes the longest but it is the most important in our opinion.

The last phase includes adding the music and voices, we spent a lot of time perfecting the animal voices so that they could be a close mix of being realistic but also funny and animated.

Did you ever have to motion-capture pugs or other animals? Do you think it could even be done?

We are actually not huge fans of motion capture. Mike spends a lot of time doing quirky things like riding a skateboard and doing yoga, so I’m not exactly sure how we could realistically capture that. We would of course love to find a dog that could do all those things, but pugs are really tiny and I’m not even sure we could!

We really care about the precise hand-made animation process as it allows us to mix up and alternate between realistic moves and “cartoony” movements. That to me, is the key to the animation of the show.

Do any of the team members own pugs?

Yes! One of our managers has a gorgeous pug named Mia. We did a great photoshoot with some real-life pugs and it was so much fun.

How did you get into animation?

[Corinne]: I was working in production in the movie industry in 1995 on a Peter Ustinov-produced 26-minute Peter and the Wolf project for Canal+. It was a hybrid show which fused animation and live action, and this when I first discovered the magic of animation and the talent of CGI animators. I quickly realised my passion for the medium and have never looked back.

[Franz]: I studied fine arts for four years and then I decided to enter animation school which is where I met Corinne who was a lecturer there. I then started working on a show called Angelo Rules as a first assistant director and Rabbids Invasion at Ubisoft.

What was your favourite TV show when you were young?

[Franz]: I loved Bugs Bunny, I remember I used to eat raw carrots in front of the TV when watching this cartoon.

Do you have kids?

[Franz]: Yes, I have a one-year old daughter.