„For Beauty and the Beast I worked in the Prep department at Framestore. My work consisted of removing a lot of props, rigs and set lights/reflections to aid the compositing of the CG on top and to sell the shot to the viewer.

The show’s set was very tactile with a lot of props being used as reference for the actors. This meant when the CG for Lumiere/ Cogsworth or The Garderobe went on top there was a substantial amount of patching and rebuilding the set digitally so you couldn’t see the props underneath.

For example, when Belle is getting ready for dinner in her castle room, the physical Garderobe prop had to be removed and the background rebuilt as well as removing reflections of lights and crew, after this the CG Garderobe was composited on top.

There was also a lot of real life animated lighting happening on set, in particular during the Be My Guest sequence where Lumiere sings around the dinner table. Any rigs and wires that were removed had to have animated lighting on the patches, to match the real life spotlights or candle flickers on set.
My most interesting shot was removing Sultan the dogs wagging tail for when he gets transformed back into a dog from a footstool at the end of the film!

It was an extremely rewarding and satisying show to work on as the final result is beautiful!” (Ruxandra Cristoiu) 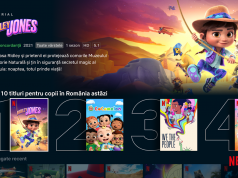 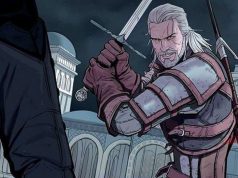 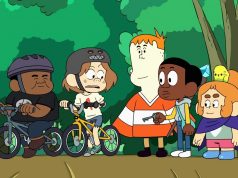